Guitar lessons as part of your Altered Stage membership are designed to accelerate your learning process.

Keep you engaged. Help you enjoy the gift of making music. We tailor guitar lessons toward each member’s skill level, musical tastes and individual musical goals.

Since nothing helps people learn faster than an upcoming performance, we bring your instruction to life through participation in open jam sessions, gigs at well-known Chicago venues, and assistance with writing and publishing original work through our Altered Records subsidiary. Yes, we offer way more than just guitar lessons. We offer a perpetual musical journey.

For members who have never picked up a guitar, we work to get you playing songs you know immediately, and all the while you’ll be learning basic theory and technique. We will have you ready to play with our house band and/or other members within weeks of your first lesson. Guaranteed.

For intermediate players, we incorporate a fun learning methodology focused on building confidence to get you out of your comfort zone. We work to help you understand advanced theory, help correct bad habits that help you play faster and more accurately, and strongly encourage you to take what you learn and write your own music. You’ll improve your playing, get more opportunities to play live, and maybe release your first album.

Even the most advanced players can benefit from guitar lessons. For these members, we help provide a different perspective on what members already know. We walk members through complex music that sometimes defies theory and get them to more fully express their own musical creativity. And through the interaction with other members, our advanced players can serve as mentors to the entire Altered Stage community and will have ample opportunity to get a jam on.  Of course, we strongly encourage advanced players to write their own music and publish it through Altered Records.

So many times, in my life, I’ve picked up my guitar and had visions of one day sharing my music with the world. I always wanted to write music but always found some lame excuse not to do it. Then, Altered Stage came along.

I now had a drum instructor that helped me find my rhythm; I had a guitar instructor that could pick up a bass and fill in my riffs. I now had reasons to get it done. So, we got it done. Now, I have a few songs for the world to hear – songs that I wrote; I played guitar; I played drums and I sang on. My songs. Pretty freaking awesome!

Having no musical experience, learning to play the guitar was both intimidating and daunting. After taking my first lesson with Jerry, those feelings are long in the past! Jerry tailors his lessons to your personal tastes and his approach really makes learning the instrument enjoyable. I would encourage anyone interested in learning the guitar to contact Jerry, you will not be sorry. 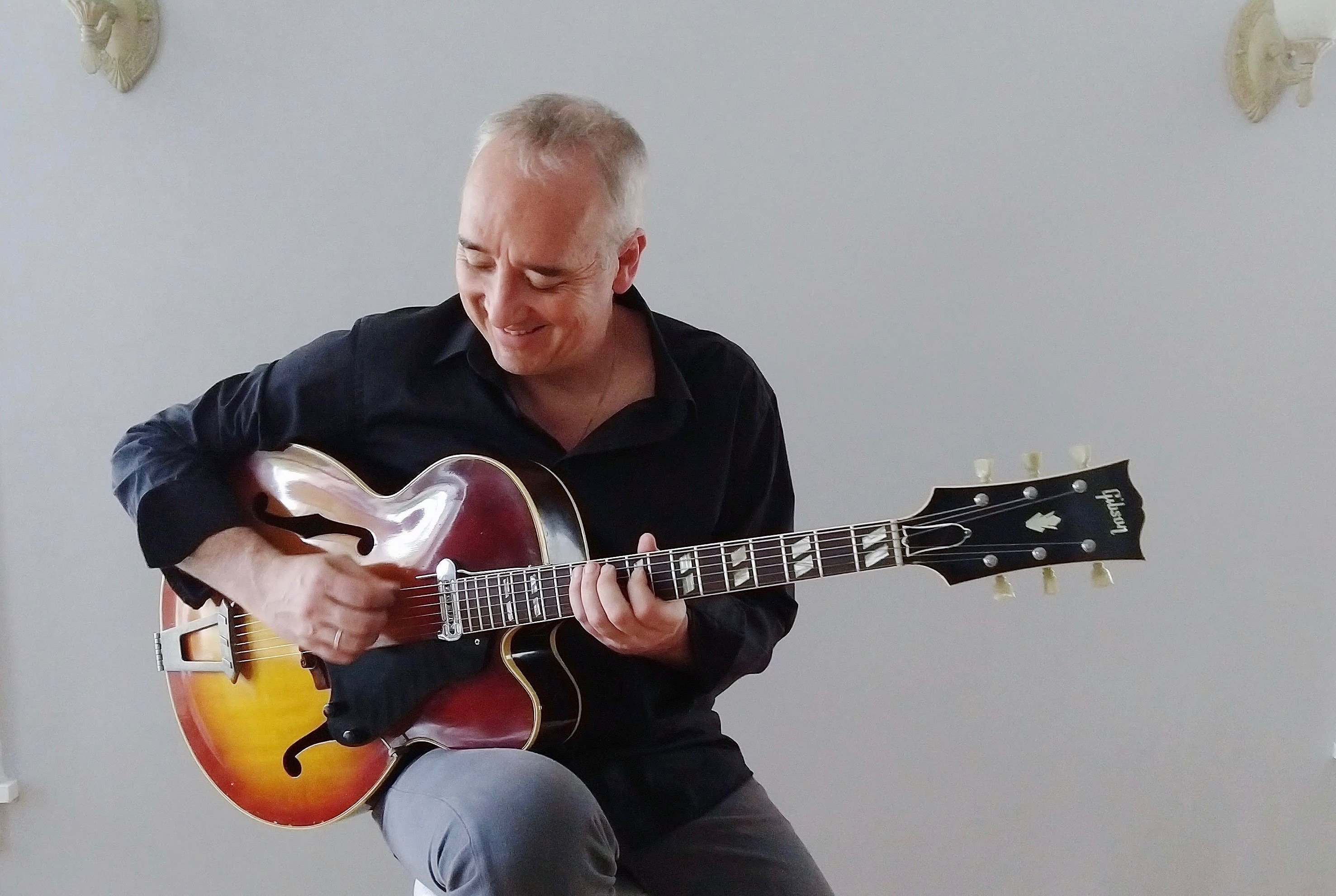 Jerry teaches jazz, blues, classical and rock styles focusing on guiding students towards building a working knowledge of fretboard harmony and developing the ear through transcribing the work of great artists. He has a Bachelor’s degree in classical guitar performance from Metro State University of Denver and has developed his teaching and playing style over the last 20 years through his private studies with classical guitarists Ricardo Iznaola, Fred Hand, Alex Komodore, Jerry Willard, and jazz guitarists Gene Bertoncini, Dale Bruning, Jack Wilkins and Rich Boukas.

“I am continually developing musical concepts myself, searching for new ways to express music, new ways to solve musical puzzles. Always looking for new artists to listen to for inspiration and ideas to share.”

Justin’s first love was classic rock – but his musical interests didn’t stop there. Eventually earning his BA in Music and performance from Loyola University Chicago, he studied jazz with Kyle Asche, Scott Burns, Victor Garcia, and Anthony Molinaro, and classical guitar with Peter Aglinskas. Justin is a performing musician, equally at home playing in musical theatre pits, weddings, and shows with his own rock bands.

For the last decade Justin has worked for gear website zZounds.com as their main on-camera demo musician, creating product demo videos for anything from guitars, basses, keyboards, pedals, and amplifiers. He also writes and produces all of his own songs for the company, and serves as their main recording and mixing engineer.

Justin is proficient on guitar, bass, and drums. If you are interested in learning rock, jazz, funk, blues, classical, music theory, or songwriting then Justin is your guy!

Vinny Kabat received his BM from Elmhurst College, where he studied with Steve Suvada. He takes part in a number of multiple jazz-oriented ensembles where he can be seen playing in various musical settings throughout the Chicago-land area, from accompanying show choirs to playing in musical pits to backing singer-songwriters.

Vinny also plays violin, which was his first instrument at the age of 5. He also plays piano and guitar. Vinny’s musical influences include rock, bebop, bluegrass, jazz, and fusion.

Though he considers himself a bassist, Vinny Kabat actually learned guitar before bass guitar. He is self taught but has studied the likes of Jimi Hendrix, Jimmy Paige, BB King, Albert King, Ace Frehley, and many other iconic guitarists. He has taught guitar in a variety of settings including one-on-one lessons and in a classroom. He is happy to help anyone looking to work on transcription, learning licks, learning chord shapes, common chord progressions, strumming patterns and a lot more, and couldn’t be happier to collaborate with Jerry Cusack who is an amazing guitarist and teacher.

See if our unique vibe is right for you!